Congratulations to Bill Haney, former CEO, who celebrated his recent retirement from ECHO after 33 years of service to the organization during a party this past Friday. As David Ludwig, Chairman of the ECHO Board of Directors has previously stated, “Bill’s contributions to ECHO over the past years cannot be understated. Under his leadership, Bill and the ECHO staff have broadened the scope of ECHO’s client base and community service significantly, without incurring debt and maintaining a strong financial position.” Thanks to Leesburg District Supervisor Kristen Umstattd and so many other friends, Board members and staff from over the years for being there. We wish Bill the best! 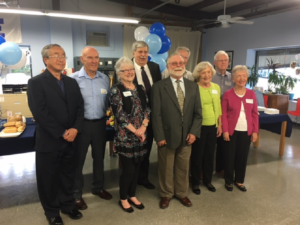